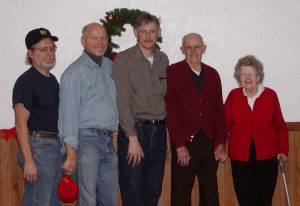 McFadden Machine was established in 1965 by Paul and Goldie McFadden. The business designs and manufactures special automated machinery. They owned and operated their business out of their garage until they had to expand for more room. They moved the business into their basement only to later add on a 24’ x 24’ garage which then had to be expanded again, twice. There were many employees that worked for them up until Paul’s retirement. Paul then sold the business to some of his employees in 1989,  who continued to work out of Paul’s Building until they purchased land, and a building minutes from the McFadden Homestead in 1990. Since then McFadden Machine has grown and continues to design and manufacture the best quality special automated machinery. They now have added on two large additions, and  have machines and products worldwide.